These custom fit mouthpieces are specifically designed for athletes who want to increase their overall performance. Based on similar principles of Neuromuscular dentistry, the Under Armour mouthpiece prevents clenching, pivots your jaw forward, and relieves pressure on the Temporo-Mandibular Joint, thus minimizing excess stress, fatigue, and distraction.

The custom mouthpiece is fitted in the office, and is designed to prevent clenching of the jaw and drops the jaw down and forward, creating a measured space between the teeth.

A properly placed jaw actually balances the entire body as it is connected to your Atlas axis, as well as the shoulder and back muscles. Maybe I'm simplifying it, but think of it like this.

Try running as fast as you can while clenching your jaw as hard as you can. Now, do the same exercise but with cotton rolls in your mouth to prevent clenching. How about trying the same exercise while throwing a punch? What you'll find is that when your jaw is relaxed and unclenched, you can run a bit faster, and punch a bit harder. This is because your jaw muscles are totally related to your entire body's balance.

Many of the world's most elite athletes instinctively place their jaws into a comfortable, optimal position, which triggers a natural response and optimal physical performance. The ArmourBite technology is intended to help physically place your jaw in the most optimal position, thus improving overall reaction time and performance.

Hundreds of years ago, a few people were on to something: Ancient Greek athletes who bit down on leather straps for an edge during competition; Viking and Roman warriors who clamped down on leather bits for focus on the battlefield. They knew something here worked, but the concept itself never evolved. Until now.

Independent studies conducted at some of the nation's top universities and research centers have proven the undeniable advantage of UA Performance Mouthwear.

Performance Mouthwear has been engineered to unlock your power and potential. It's all in you, but blocked by one of the human body's instinctive reflex systems - teeth-clenching. With safe, custom-built Performance Mouthwear, athletes in any sport - from football to golf to hockey - can capitalize on innovation that makes you stronger, faster and better.

What are athlete's saying about it? Here are a few testimonials from some of the worlds best professional athletes.

"If I don't have it in, it's like playing baseball without a cup. It has become part of my uniform."
Michael Cuddyer, Minnesota Twins

"I tried it, not only on the field but off the field during workouts. I could feel the difference in my endurance. I was stronger, my body felt better."
Adrian Peterson, Running Back, Minnesota Vikings

"When the game is on the line I want my body and mind to be 100% in sync, this technology makes that happen for me."
Marian Gaborik, New York Rangers, NHL All-Star

If you are an athlete looking for that extra edge to improve your football, golf, mma, running, or any sport for that matter, visit our office to see if you are a candidate for Under Armour Performance Mouthwear.

For more information on this technology, visit www.bitetech.com or www.underarmour.com

Data and information can be downloaded here, or be clicking on the image below. 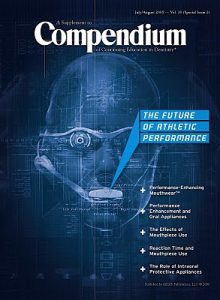 One of the great things that Dr. Ostad and crew did was help my mom when she needed emergency dentistry care.  We had a tough time because she didn’t have […] - Arlene P., Poway